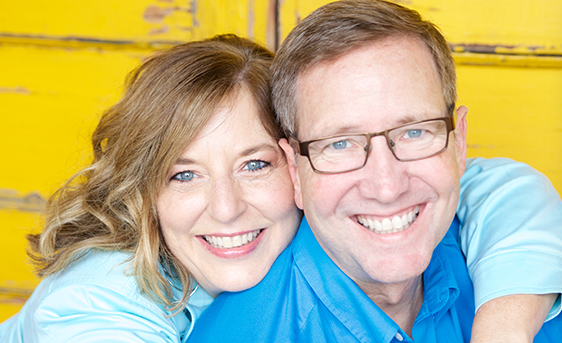 In 1989, Jeff & Debby followed the Lord's call to leave their careers at IBM and teaching school to minister to children and students and formed Jeff and Debby ministries. Using their creative talents in acting, music and comedy, they traveled the country, speaking to kids, leading camps and retreats and as featured guests at regional coliseum and stadium events. Just as they were becoming known on the national stage in student ministry, the Lord burdened Jeff & Debby's hearts over the greatest struggle most kids dealt with - the breakdown of their family.

At that point, they transitioned how they did student and children's ministry by focusing on strengthening their families. They re-named their ministry Forever Families, Inc. and, with the help of their ministry mentor, Dr. Gary Chapman, author of The 5 Love Languages, Jeff & Debby began leading marriage, parenting and family events, revivals, conferences and camps.

Now, 30 years later, they have spoken to over a million people across the US and ten countries, challenging couples and parents to live the Gospel in front of their kids and keeping the homes and hopes of children intact.

That’s something to celebrate! Join us by clicking the Donate button and choosing a number on the donation detail page that follows that represents the amount you want to donate (1 - $1, 5 = $5, etc.) Want to give more? Great! There’s a box for that, too. If just 300 people will each take one of the numbers and pay that amount, you will help us raise over $45,000 to send Jeff and Debby off into another 30 years of ministry! (Yes – they do still want to be ministering that long!)

Note: If a number doesn’t show, it has already been taken.